“These are tough times.  But I’m not the only one with problems.  My bank returned a sixty-five dollar check marked “INSUFFICIENT FUNDS.”  I can’t believe they don’t have sixty-five dollars.”

“He has put a new song in my mouth—Praise to our God; Many will see it and fear, and will trust in the LORD.”

I will continue to sing songs of praise to You everyday of my life.  Father as the move draws near and the things around me seem to be out of order, I will trust in You to give me the peace that I need to get through it.  As I look to You as my Ultimate source of strength, I will walk daily in knowing that You will be there to comfort and guide me in this new endeavour.  As I look to today with excitement, gearing up for all the adventures that the day may hold, I pray that You will use me to share Your wonderful News with others, that they may come to know You as their Lord and Savior, and have a personal relationship with You.  I thank You for this day!

In Jesus Name I pray, 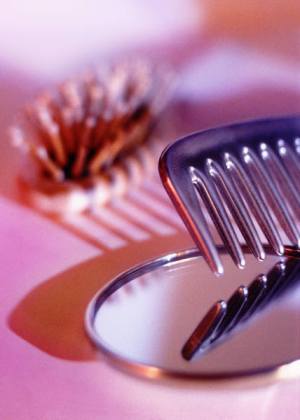 Story of the day:  Is the church dying?

Is the church dying?  I don’t believe so, but let me ask that of you once you have finished reading this amazing story that illustrates the question.  The story was written by Lloyd Cory and he says this:  “The ministry of church is a ministry of people.  When a church lives, it lives because the people within are vital and active.  When a church dies, it withers and dies not because the brick and mortar and carpet and pews get old and begin to crack and rip and crumble.  A church withers and dies because the people wither and die.

I think a vivid illustration of this comes from a true story of a young minister in Oklahoma who went to this little, tough long-standing, church in hopes of really reviving the ministry of it.  He had stars in his eyes and great hopes for the future.  He thought he could turn it around.  And he gave it his best effort and his best shot week after week, to no avail.

Finally, he had one last idea, and it seemed to work.  He announced in the local newspaper on Saturday that the church had died, and on Sunday afternoon there would be a funeral service at the church itself, and all who wished could attend.  For the first time in his years there, the place was packed.  In fact, people were standing outside on tiptoes looking through the window to see this most unusual funeral service for a church.

To their shock, because most of them got there twenty or thirty minutes early to get a seat, there was a casket down front.  And it was smothered with flowers.  He told the people as soon as the eulogy was finished they could pass by and view the remains of the dearly beloved that they were putting to rest that day.  They could hardly wait until he finished the eulogy.  He slowly opened the casket, pushed the flowers aside, and people walked by, filed by, one by one, to look in and leave sheepishly, feeling guilty as they walked out the door, because inside the casket he had placed a large mirror.  As they walked by, they saw the church that had died.”

Quote of the day:  Mary Nelson

“to Him be glory in the church by Christ Jesus to all generations, forever and ever.  Amen.”

I come to You right now and I continue to pray for the church as a whole.  Father, I pray that You would raise up some mighty men and women that will lead our nation into revival and that together we can bring unity amongst each other striving for the same purpose in this life and that is to bring lost souls to the knowledge of Your Saving Grace.  Father, there is an outpouring of lives that need to be touched.  I pray that they hear that still small voice that only one can hear when You are speaking to them.  Father, I get excited to know that You are moving across this nation and doing so in a way that is changing lives.  I thank You for all that You do and I thank You for this day!

In Jesus Name I pray,

Our Bible verse for you

We give thanks to the God and Father of our Lord Jesus Christ, praying always for you. Colossians 1:3